You may think a gas oven is economical as you don’t have to spend money on electricity.

When you turn a gas oven on, you use it, then turn it off when you’re done, and there is no waste.

But when it goes wrong, you may be right to be concerned.

Strange noises that come from your gas oven could be caused by any number of things, from:

Whenever you hear strange noises coming from your gas oven, you should immediately switch it off to reduce the possibility of an explosion.

Let’s look at some of those noises:

Reasons and Solutions When Your Gas Oven Sounds Like a Blowtorch

Many householders choose to use the convenience of gas ovens.

Safety is paramount with a gas oven, so if it starts making strange noises, you need to investigate the reason and find a solution before a nasty accident occurs.

Always turn the gas off at the source before you begin any work..

A number of reasons why your gas oven sounds like a blowtorch include:

A gas igniter works by producing a spark that combines with the gas, which is released when the switch is activated.

If the igniter fails, the burners will not light.

If the igniter is faulty, the glow bar igniter will be lit up if it is receiving voltage. If it’s dull, it is probably not receiving enough current for the gas valve to be opened.

Most igniter faults are caused by food debris caused by spillage or the area not being cleaned regularly after use.

If you experience your gas stove clicking continually when you are trying to turn it on, the burner cap may have become misaligned.

If your gas oven flames are blue, it means the correct amount of oxygen is being received for the combustion process to take place. If the flames burn red/orange, the opposite is true.

The gas burner caps must sit flush as this ensures the gas is dispersed evenly for easy ignition.

If the cap is out of alignment, it may block the airflow and cause an uneven flame.

A flame supervision device (FSD) is a vital safety feature when you are using a gas oven.

If the flame is extinguished accidentally, e.g., by a draft or a food spill, the gas will continue to be released from the canister.

This could cause a build-up of gas and a potential explosion.

An FSD will cut off the gas supply if it senses that the flame has gone out.

It is not mandatory for FSDs to be fitted, but it is highly recommended that you ask your gas installer to do so.

A gas regulator valve must be fitted to all gas appliances.

This controls the gas pressure when the knob is turned higher or lower.

Not having a regulator valve increases the risk of too much gas being released, with a high potential for unintended ignition.

The gas source itself must also have a regulator valve fitted.

All such work should be undertaken by a professional workman.

If your food is not cooking within a reasonable length of time, your gas pressure may be too low.

If the gas oven emits blue flames when the burners are lit, the gas pressure is probably correct for the device.

However, if the flames are an orange/yellow color, there may not be enough gas coming through the line.

If all the burners are clean, you can test the gas pressure, which should be at least 0.25psi. Anything less than that will be too low for effective use.

Reasons and Solutions for Noises From Your Gas Oven

Your gas oven may be making some strange sounds that you can’t explain.

Only attempt repairs to a gas oven if you are qualified to do so. Otherwise, you may cause serious injury and damage.

To be on the safe side, you should call in a technician if you have even slight doubts about your ability to fix a problem.

These are some of the sounds that your gas oven may make:

This may be caused by a buildup of gas because the glow bar doesn’t get hot enough to ignite the gas.

The gas regulator may be faulty, also causing gas to accumulate..

If either of these is the cause, the item will need to be replaced by a qualified technician.

Noise When Oven Is Preheating

If your gas oven is making noise when it is preheating, there are a number of factors that could be behind it.

It may simply be the burner cap not sitting straight, or it has got wet from a food spillage or while cleaning.

The burner ring may be blocked with dirt or food debris, so the gas can’t flow easily.

More serious reasons include a leak in the gas connection or a damaged burner cap or ring.

If your gas oven sounds like it has run a marathon, there may be gas escaping from the bake burner before the gas is lit.

This could be due to a faulty gas valve or glow bar igniter or an incorrect mix of gas: and oxygen.

The solution may need a simple adjustment to the air shutter.

You should be concerned if your gas oven makes a roaring noise, as it may be due to too much gas being released.

Another cause could be that the venturi tubes are not properly adjusted.

If you have disassembled parts of your gas oven to clean them, you may not have replaced them perfectly, causing an uneven gas flow.

A humming noise from your gas oven means that the gas-to-air ratio is out of alignment.

Another clue is if the flames are burning yellow and not blue.

Whatever the case, the air shutter would need to be adjusted.

It is possible to do this yourself, but only if you have some expertise.

A blowing sound means that the tip of the pilot tube may be dirty, which can be cleaned out with a needle.

The flame should be blue with yellow at the tip: if it’s not, the pilot valve may need to be adjusted to correct the gas flow.

If your igniter is faulty or clogged, it may not allow a free flow of gas, which then builds up before it can be lighted.

The booming noise is caused by the small explosion when this accumulation of gas is lit.

To avoid this, keep the igniter clean and unblocked.

A loud buzzing noise from your oven may indicate that the fan is faulty: the bearings may have worn out or need to be lubricated.

Greasing the bearings may only be a temporary solution, as the oven’s heat will soon dehydrate them again.

If the oven element has failed, this may also cause the fan to fail.

If you hear your oven making a clicking noise as though it is continually trying to light, it is probably the igniter trying to do just that. It may have got wet and be temporarily unable to light.

However, it could also be a spark electrode or switch that is faulty

Hearing your gas stove clicking even when it is switched off may mean the ignition system has broken down, and a technician should be called immediately.

If the noise lasts for about 20 minutes, it could be your cooling fan kicking in.

If it continues longer than this, the fan blades or motor may be damaged, which would require the fan to be replaced.

Why is my Gas Oven Making a High-Pitched Noise?

A high-pitched whining noise from your gas oven may be telling you that the pressure regulator needs replacing.

If the regulator valve is blocked, you may hear a high-pitched whistling as the gas tries to escape.

The fuel: air mixture may also need to be adjusted.

Can a Gas Oven Explode?

If your gas oven is kept clean and well-maintained, there is little chance of it exploding.

It is quite normal to smell gas as you light the stove.

However, if you can smell abnormal amounts of gas, you will have a dangerous leak.

Any small spark, such as turning on the light switch or touching a metal object, could trigger an explosion.

Safety features such as FSDs, automatic re-ignition, and switch-off timers all reduce the chances of your gas oven exploding.

How Do You Prevent Your Gas Oven from Exploding?

The main thing is to keep your gas oven clean and in good condition. Have a technician check the connections regularly, and learn to recognize the normal sounds your oven makes.

If it suddenly starts making odd noises, have it checked out.

If you smell a large concentration of gas, do not touch anything that could trigger an explosion.

If possible, check all the burners to ensure they are switched off, and open all windows and doors.

Turn the gas off at the source and leave the house, calling emergency services immediately.

How Dangerous are Gas Stoves?

While the gas stove in itself is not inherently dangerous if it is well maintained, the gases that it emits can be bad for your health.

Burning gas can release NO2 (nitrogen dioxide) which can cause respiratory illnesses such as asthma and general breathing difficulties.

Your gas oven will also emit small amounts of carbon monoxide, but this is not dangerous if you have good ventilation.

With proper use and precautions, gas stoves are entirely safe.

Be aware of any strange smells or noises from your gas oven, and have an eviction plan in case of emergency.

Gas stoves are quick and convenient to cook with but can be lethal if a gas leak does occur.

There is little difference in running costs between gas and electric ovens: any expense comes with specialized outlets for each option.

Both gas and electric ovens have their pros and cons, but neither is particularly environmentally friendly.

You may want to combine the two by having a gas stove top and an electric oven.

If you decide on a gas oven, the main thing is to ensure all the fittings and outlets are kept clean, dry, and well-maintained.

Common sense and good habits will ensure your gas stove is safe to use for years to come. 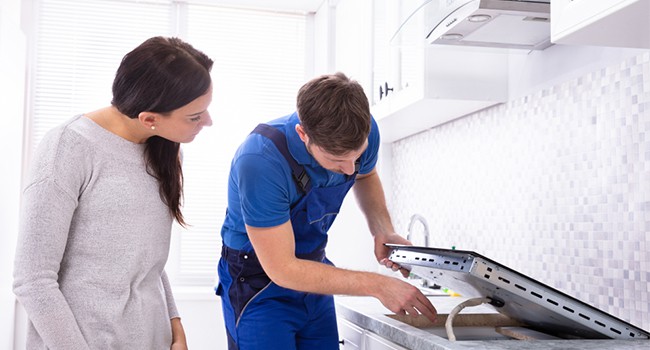 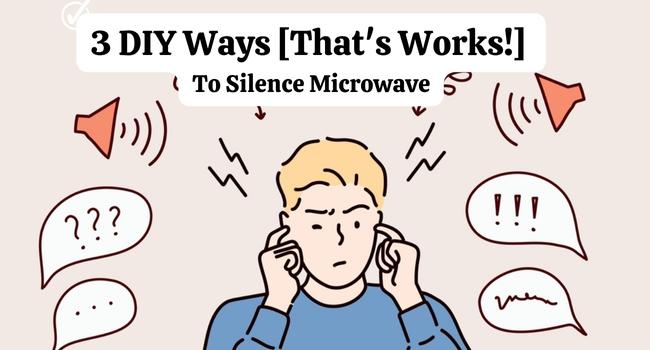 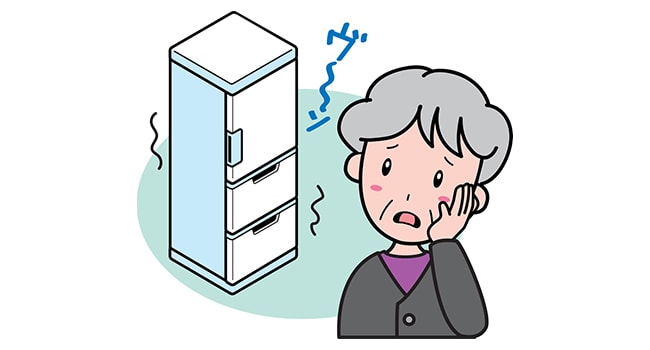 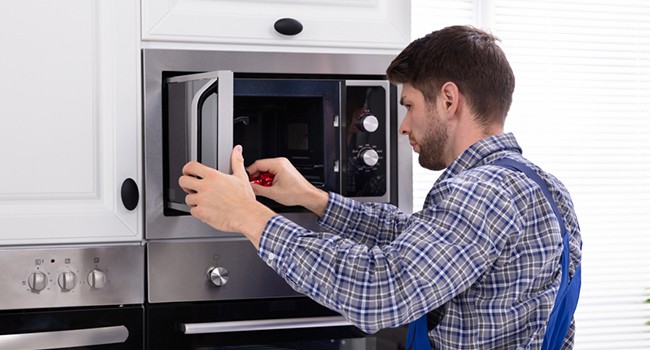 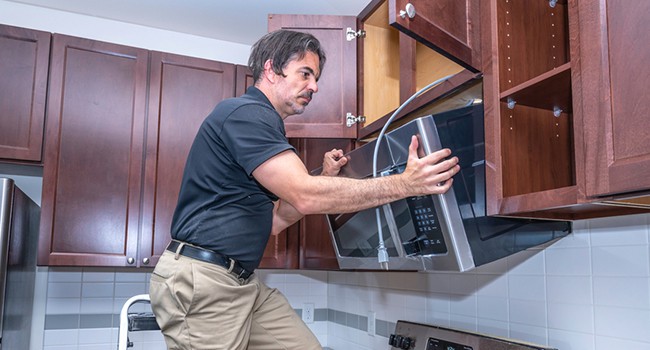 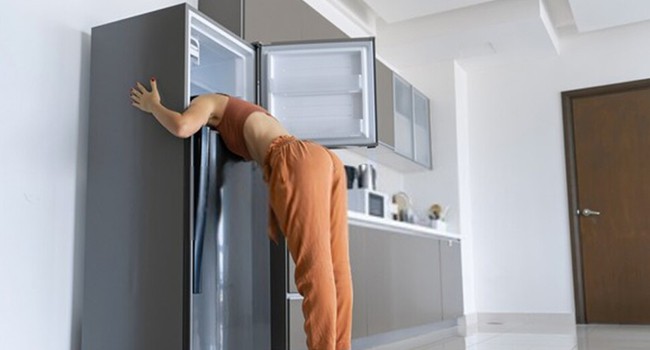