Do you have an incredibly loud-sounding PlayStation 4 or PS4? Don’t worry. You are not alone!

Similar to a computer design, gaming devices like PS4s have fans built into them. The nasty jet-like sound you hear from your noisy PS4 means something is blocking the PS4 fan or other parts.

That is normal if you hear a mild whirring when your device starts up or your game is on. But it is not ideal when it sounds a lot louder compared to everyone in the house gets awaken.

How do you fix your PS4 to sound like a jet? It is easy to figure out and solve. And say goodbye to a loud PS4.

Reason Behind the PS4 Sound Like a Jet Engine

The PlayStation has a fan system built into it. Sometimes, it only means one thing if you hear a loud fan noise: the PS4 fan is full of dirt.

A dirty or clogged PS4 fan will give off a loud noise when the hard drive kickstarts. Because the fan blade is making an effort to run the ventilation, your machine will overheat if it fails to spin.

Even if fans’ primary task is to keep the PS4 cool, they will still fail if they run at top speed, resulting in a crashing jet.

A loud PS4 fan will to overheating.

Yes, when your PS4 console overheats, it will suddenly die. Computer techs would suggest using thermal paste for an overheated hard drive. It serves as a PS4 quieter.

Most gamers experience an irritating high-pitched noise from their PS4s. When they turned on their PS4, it made a loud ringing or tingling noise. Other users say the PS4 noise begins during the device’s rest mode. But when they launched PS4 back on, it produced that sound.

What could be causing this annoying sound, and how do you eliminate it?

PRO TIP: Coil whine is the least known source of the noise. But the scratching noise is just a sign of a standard and working condition PS4 and should not cause panic.

Why is your PS4 disk drive sound so loud? While there are several reasons why your PS4 console is noisy, simply due to mechanical errors. But on a technical note, it can be that the hard disk is working overtime, giving off a ripping or buzzing sound.

Like a PC’s hardware, the PS4 processor depends on the type of games installed. We know that video games require graphics and memory configuration to comply with the display. Games like Modern Warfare make the hard disk run at full speed.

What can you do? Clean the console. An overly dusted console causes the whirring noise.

PRO TIP: Update your PS4 Pro from time to time. SSD for PS4 Pro will give you a silent, without spinning and clicking noises and reliable console.

In computer terminology, SSD stands for a solid-state drive. It is the term used for new-generation devices because they perform faster than traditional mechanical hard disks.

Adding an SSD is the best way to speed things up, lighten the load of the hard drive, and enable it to run even with graphically demanding games. External SSDs can store more games as an added benefit on your end.

While Xbox is popular because of fewer problems with malware and hardware issues, but PS4 has an edge in terms of upgrading the internal drive.

Make your PS4 silent by doing the following:

Why is my PS4 Disk Drive So Loud?

A hardworking PS4 will compromise the other parts causing mechanical failure. And from that, your device will sound like a jet engine, with intense vibrations that are faster than an athlete’s heartbeat.

Fixing PS4 disc drive noise is like dealing with a computer hard drive. Why? Because the two most significant factors for excessive noise in a computer and your PS4 are the hard disk and the cooling fan.

PRO TIP: If you have a PS4 Pro, you have a model that expels heat better with its bigger heat sink and more efficient exhaust fan.

Some of PS4 or original PS4 owners keep their video game consoles inside a cabinet or an entertainment center. If you do so, keep the doors open to allow proper airflow.

It is essential to keep your PS4 or any gaming device you have at home in good shape. Always think that its system runs harder and its cooling fan spins faster when it is overloaded.

Depending on how confident in fixing your PS4, make sure you know what you are doing. In the worst case, you may tamper with the warranty seal and damage other parts. So, always be prepared and in the know.

Other than the tips mentioned here, you can refer to Youtube videos on PS4 and Xbox and Xbox series x faulty sounds.

Silence your beloved PS4 before you attempt to upgrade to PS5. Ensure that you optimize its performance and conduct a routine cleanup to last for many years. 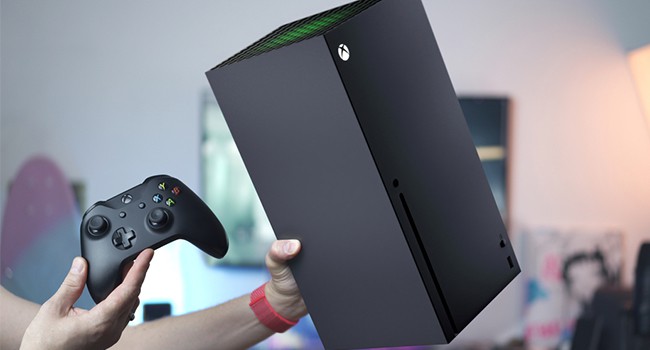