The Xbox One is one of the best gaming consoles out there because of the diverse game options and superb quality it brings to its users. With an Xbox One in your gaming arsenal, you can enjoy games like Halo, Final Fantasy, Sekiro, Rise of the Tomb Raider, and so much more.

One thing that you might notice whenever you’re playing, though, is the noise coming out of the console or the power supply.

If your Xbox One’s power supply makes noise, the culprit may be a dusty power supply fan. However, there could also be other causes of noise when it comes to the Xbox One.

If you want to figure out how to fix the noise coming from your Xbox One power supply, read on to find out more about:

Why is Your Xbox One Making a Weird Noise?

So what exactly is the reason behind that loud sound coming from your Xbox One?

Common misconceptions about this buzz are that it could be caused by the static from the headset or an error in the Kinect sensor. This loud sound is noticed by a lot of gamers despite wearing a gaming headset and most of them observe that the buzzing sound is coming from the Xbox AC adapter is making noise.

Very much like the Xbox 360 or any other Xbox series’ power supply sound problem, the leading cause of humming in a console is the CPU or power supply fan.

To understand why the fan makes noise, you must first find out how the Xbox One works.

A brief explanation of how an Xbox One works is that it comes with these GPUs that allow you to see and play all these high-quality games. The higher the game graphics quality is, the more power your Xbox One needs.

When an Xbox One is trying to play a high-quality game, its insides with all the chips and circuits get heated up. The Xbox One comes with a fan that helps keep it cool even when you’re using it for a long time to avoid overheating and damage.

If you hear a buzzing noise or a humming sound coming from your Xbox console even when you’re using a headphone, chances are the fan is having a hard time cooling the insides of your Xbox One.

The Xbox fan and Xbox power brick are very susceptible to dust buildup, so dust and dirt are the leading cause of fan dysfunction.

If your Xbox One power brick is making noise, lack of regular cleaning and maintenance that can lead to ventilation problems can be the main reason an Xbox One is making a weird noise.

How to Fix Fan Noise on Xbox Console

Now that you are well aware of what’s causing the noise in your Xbox One let us now get into the different solutions you can try to fix the noise coming from your Xbox One.

Below you’ll see how to get rid of the Xbox One fan noise by:

1. Clean the Xbox One with an Air Spray

One thing that is very common when it comes to gaming consoles is that users don’t often practice regular cleaning and maintenance.

The best way to clean an Xbox One is with an air spray. You can use canned compressed air to blow away the dust from the console’s internal parts.

This is a better option than wiping the parts with a clean rag because it helps you avoid touching the sensitive parts of the Xbox One’s circuit.

To effectively clean your Xbox One with compressed air, point the spray can result in the ventilation vents and the Xbox One’s external ports, and the Xbox button at the sides of the console.

Spraying compressed air in areas like the eject button, mic, USB port, CPU fan, and power strip can help you get rid of the dust buildup in the vents and ports of the entire gaming console.

Tip: You can use a WD-40 air duster to do the trick. You can easily buy it online or from your local hardware stores.

2. Disassemble and Clean the Fan of Your Xbox One Power Supply

If cleaning the outsides of your Xbox One device isn’t enough to get rid of the noise, you might have to clean it more thoroughly by disassembling it and its ac adapter and making sure that the fans are clean.

If you hear a humming noise coming from your Xbox One, the fan could have too much dirt for it to rotate and function smoothly.

You can easily disassemble your Xbox One and its power adapter with a set of screwdrivers, specifically Torx T10 screwdrivers.

Follow these simple steps to clean your Xbox One’s fan:

Step 1: Unplug your Xbox One power cord from the wall outlet.

Step 2: Turn over the console and use a Torx T10 screwdriver to take out the outer screws.

Step 3: Lift the Xbox One housing.

Step 5: Use a set of tweezers to remove the single ribbon cable on the machine.

Step 6: Carefully pull the console away from the bottom cover.

Step 7: Flip it over and unscrew the final set of screws.Step 8: Take the metal cover away to access the fan and heat sink.

Step 9: Use an air spray to clean the fan and the heat sink.

Step 10: Put the Xbox One together.

Tip: You can also try cleaning the insides of the cooling fan itself by removing the power supply and disc drive to get rid of the whining noise.

3. Place your Xbox One on a Cool Spot

To help your Xbox One avoid having cooling problems, one of the most straightforward solutions you can try is moving your console to a cooler spot.

Please keep the device away from sunlight and try to store it in a darker area in your house. If you have a console table, it could be best to put the Xbox One on an enclosed but well-ventilated part of the console table.

Tip: You can also use an Xbox One cover to keep dust from getting into the ventilation.

If you’ve gone through all the thorough cleaning and yet still hear a buzzing noise coming from your Xbox One, this could mean that you might have to replace your fan with a new one.

A clicking sound or crackling sound coming out of a clean Xbox One could signal that the moving parts inside are damaged and dysfunctional.

Tip: Have your Xbox One checked by an authorized technician to determine which parts are damaged and need to be replaced.

Common Questions Other People Ask About the Xbox One

Is it normal for a power supply to make noise?

Yes. Gaming consoles like the Xbox One and Xbox 360 come with a power brick that has a built-in fan.

It is this fan that makes a buzzing or humming sound whenever the console is turned on. In addition, if the ac adapter is dusty or dirty, the fan can have a more challenging time taking air in, producing a loud noise.

How do I know if my Xbox One’s power supply is bad?

You can check if your Xbox One’s power supply is still okay to use by checking the light that indicates the electric current. A while or orange light coming from the power brick means it is working correctly.

However, if you see no light coming from the electric current indicator, this could mean that your Xbox One’s power brick is broken and needs to be replaced.

What is the lifespan of an Xbox One controller?

When used and maintained correctly, an Xbox One controller is designed to last an entire decade. Microsoft has performed tests on their Xbox controllers to prove that they can last a minimum of 10 years.

If you are hearing a loud humming noise or buzzing noise coming from your Xbox One, chances are the fan needs to be cleaned or replaced.

Remember, to fix the noise coming from your Xbox One, all you have to do is give it a thorough cleaning. Make sure to remove any dust particles on the vents, external ports, and, most importantly, the fan and heat sink.

If cleaning your Xbox One doesn’t work, you may have no other choice but to replace the dysfunctional or damaged parts.

Make sure to ask an authorized technician to check your console first before you buy replacement parts to ensure that you get the right ones.

Want to learn more about soundproofing your home? Take a look around! You’ll find more soundproofing tips and tricks on our website! 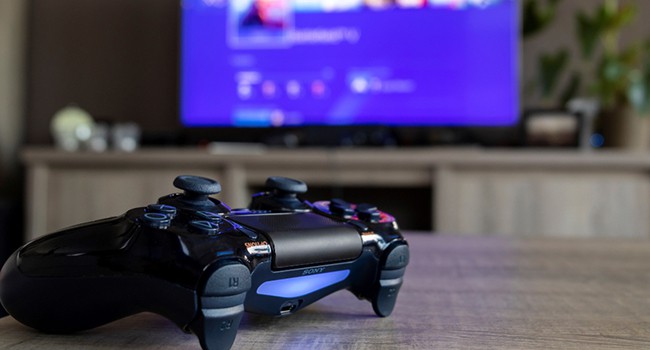